WhatsApp announced the creation of Communities, a virtual space where different broadcast groups and discussions can meet. The communities will be a sort of umbrella, the same virtual structure that will promote communication and the management of different conversations around the same theme.

These communities could be used, for example, in the school environment. So the principals of a school, for example, could create a community called “school” where they would aggregate the various group or broadcast chats they have, with parents of students, teachers, administrative staff, etc

“We create advertising channels so that administrators can communicate with the different chats. As well there are group directories so that users can join the topics that concern them,” explained Jyoti Sood, WhatsApp Product Manager, in a conference she attended. Infobae.

Users will be able to receive updates sent to the entire community and easily organize smaller discussion groups on issues that matter to them.

Communities will also contain new tools for administrators, including notifications sent to everyone and it will also give you more control over which groups can be included or not. 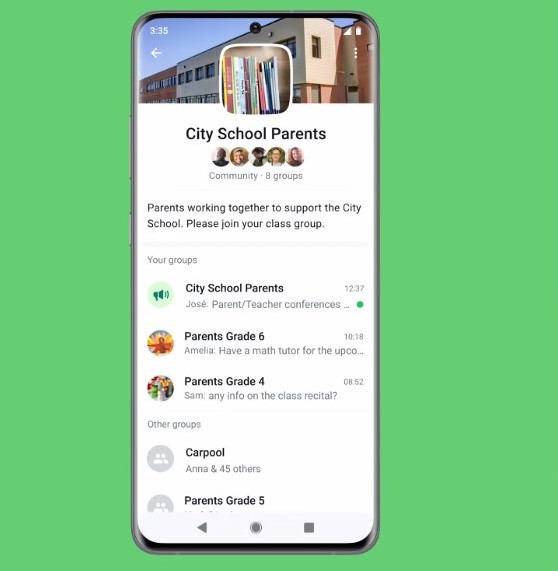 Communities bring together different groups under one structure

“There will be an announcement channel, so from the school administration panel they will have a space from which everyone can be reached. Admins will be able to send messages that will reach anyone in the communitythat is, to all the groups related to this community,” Sood pointed out in the interview.

In turn, the published statement points out that “the Communities option will make it easier for the director of a school, because you will be able to share the most important updates with all the parents, and create separate groups for specific courses, extracurricular activities or volunteer needs.

Although the examples focus on the use that could be given to the tool in a school environment, the truth is that It could also be used in other contexts such as clubs, works and even construction consortia. Communities work like a big panel that brings together different conversations around the same topic or space.

The tool will be available in the next few months worldwide but there is no specific date yet. Here’s what Meta CEO Mark Zuckerberg had to say: in the post he made announcing this news:

“We’re going to start rolling this out slowly, but I expect this to be a major evolution for WhatsApp and for online communication in general. The same way social media has taken the core technology behind the internet and have adapted it so that anyone can find people and content on the web, I think community messaging will take the basic protocols behind one-to-one messaging and extend them to that you can more easily communicate with groups of people to get things done together.

The main advantages of communities

4. It has a directory of groups related to the same community so that community members can easily find and join them.

More benefits that will come to WhatsApp in the coming weeks. Some are already ready for beta: 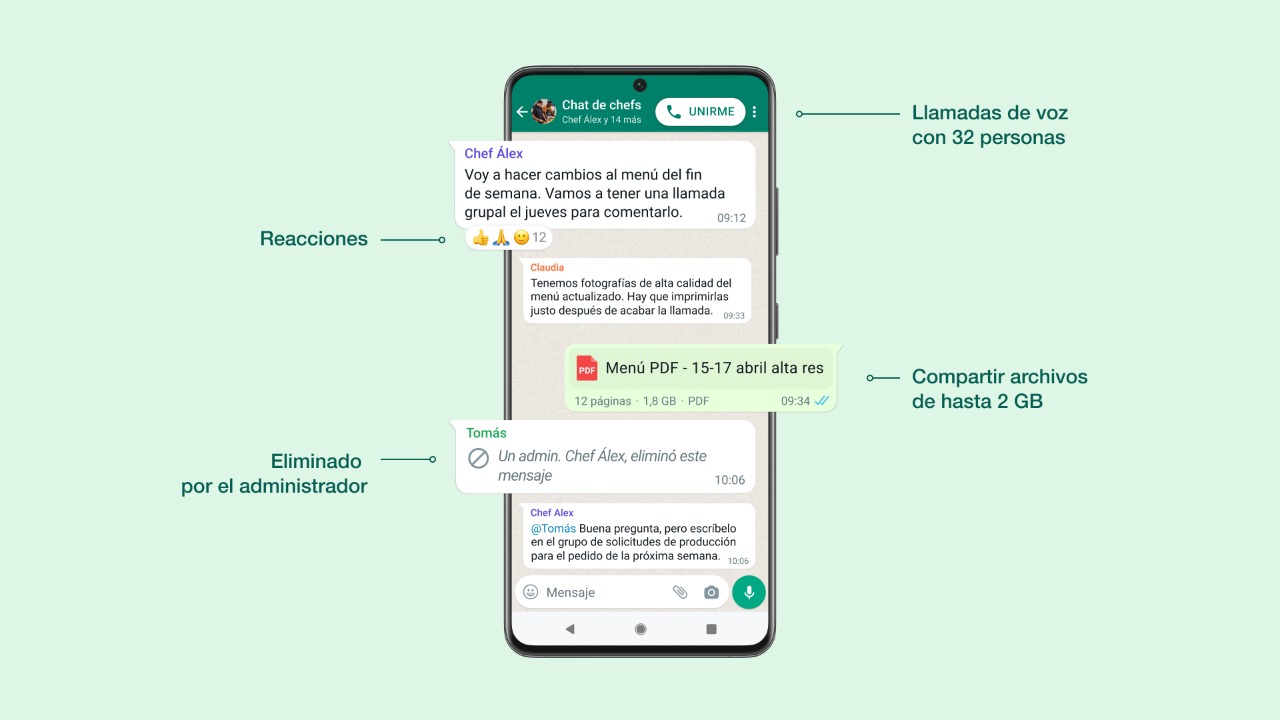 The news that will arrive on WhatsApp in the coming weeks

reactions: reactions with emojis They will reach all WhatsApp users so people can quickly share their opinion without having to resort to text.

Admin delete content option: Group admins will be able to delete messages from group chats that they deem irrelevant or problematic. 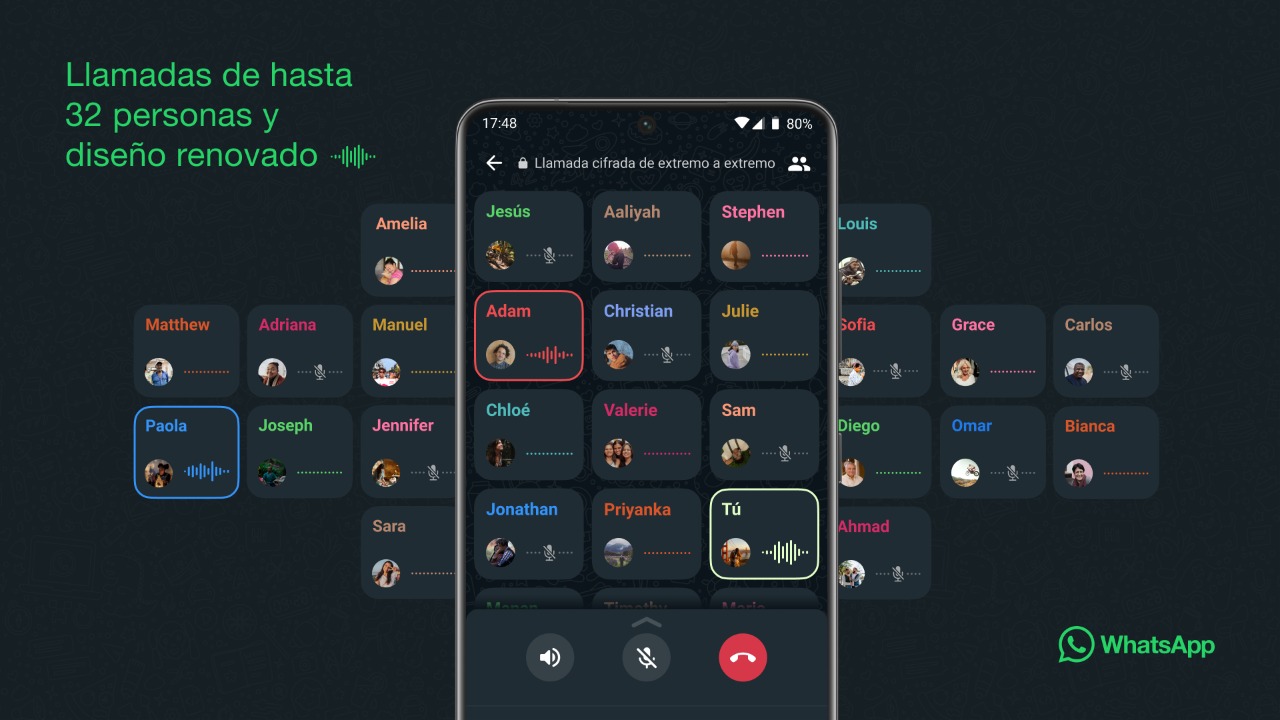 Calls can be made up to 32 people

Share files: 2GB files will now be shareable so people can easily collaborate on projects. This option is currently only available in Argentina but will gradually reach the rest of the world.

Calls with more participants: One-touch voice calls will be added to talk to up to 32 people. They will have a completely new design.