KISSthe legendary American hard rock band, will arrive in Argentina to perform his – as confirmed again – last show in the country, framed in The End of Road World Tour (something like the End of the Road World Tour). The farewell with his Argentinian fans will take place this Saturday 23 at Palermo Polo Field, a presentation that should have taken place in 2020 but the pandemic prevented it. There are tickets for sale on the page all access.

Directed by Paul Stanley (vocalist and rhythm guitar, the one with the star) and Gene Simmons (bass, who embodies some kind of demon), two of the four original members of the band born in 73 with makeuptook it off and put it back on, KISS is playing this Tuesday night in Chile, as the first leg of the South American leg of the tour that will continue with four shows in Brazil, one in Lima and the rest in Bogotá.

kiss in the mouth

Much younger New Yorkers in their 30s would go on to perform for the first time in our country in 1983 on the Blocked -even tickets were sold-, after some feints that had occurred in previous years. However, these national debuts ended up being frustrated as it was not yet the right time for the country to receive rock and roll. -despite the fact that he arrived with instruments carried by carapintadas- in the middle of the military dictatorship.

A newspaper announces the arrival of KISS in 1983.

Bomb threats and a smear campaign (the famous ‘they’re stepping on little chickens’) from sectors of far-right nationalists and an aroma of fraud circulating in the environment left fans without KISS in the Bombonera.

Campaign against KISS in 83.

Now yes, but at River

It took ten years and an openness to music without the barriers of chauvinism for KISS to arrive in the country for the first time, in 94, to close the River the Monster of the Rock festival, which attracted tens of thousands of fans. That desperately awaited first time -without makeup- It was so popular that the band performed three more times the following week at Obras Sanitarias Stadium.

A KISS show ends at River.

KISS’ relationship with the millionaire continued to the point that the band played again at the Monumental in 97, 99, 2009 and 2012. A sixth show was scheduled for April 16, 2015, but as River was scheduled to play for the Libertadores, the gig was moved to Vélez. That stormy night over the capital was the last time KISS – they were celebrating their 40th anniversary with a world tour – in the country.

Naturally, in almost 60 years of history (yes, especially Stanley Simmons is approaching 80 and still touring), KISS has known and suffered ups and downs, separations and even the death of some members, but they were never associated with alcohol and drugs, except for a song called Cold Gin. His lyrics are related to women, sex and a teenage/young cry for breaking the rules. These are lyrics from the 80s/90s, that is to say… 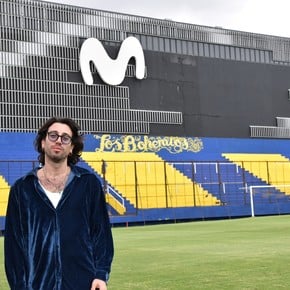 Within the money factory they were able to set up not only in record sales (at first they did not do well, although it is true that they got platinum), its merchandising, with countless items for sale, from clothes to coffins.

Promotion of the LA KISS team.

The latest move that is bearing fruit and bringing their fans closer are their cruises, in which they give indoor concerts painted and unplugged on deck, without their masks, among other actions (for example, Stanley tells them stories to put children to sleep worn by fans). 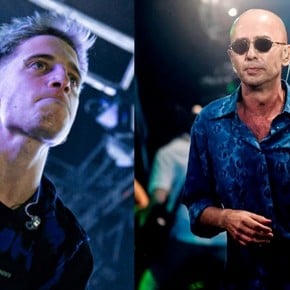 Although they are not tied to the sport on a fanatical level with any team, in a time of expanding their “brand”, they even bought an American football franchise, which they called Los Angeles KISS.

Do you want your KISS coffin? For sale.

This professional team, based in California, played in the Arena Football League (a league with games in indoor stadiums) from 2014 to 2016. Stanley, Simmons and the group’s manager, Doc McGhee, were the owners. LA KISS starred in a reality show called 4th and Loud (a mix of a sports play and a KISS song).

In November 2016, in a statement via Facebook, it was announced that the team was not going to participate in the 2017 season and that money from tickets sold would be returned. It had been one more adventure among many others that a group taking its last steps knew how to cross (never step on girls), spitting his last drops of blood and breaking his last guitars.

For fans -at least with these members, it wouldn’t be unreasonable for KISS to become a franchise with other younger replacements managed by Stanley, Simmons and McGhee- this is the last opportunity to see them in Argentina.

It will still be the same show, Stanley with fewer voices, Simmons more tired of wearing that heavy armor he plays with; guitarist Tommy Thayer doing the same solos, as does drummer Eric Singer. This is precisely what the fans of the self-proclaimed biggest band in the world want (not only because of the age of the musicians, but because of the long history of success that precedes them). 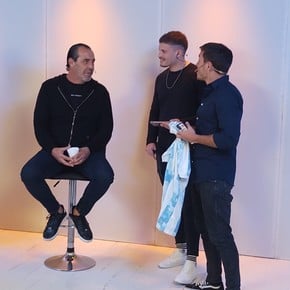 Not La Boca, not River or Vélez, yes Polo, if you’ve seen them you know what to expect (numbers like I Was Made to Love You or Rock and Roll All Night long; the fire will come out of Simmons’ mouth and Thayer’s viola smoke). If you haven’t seen them, this is your last chance to do so live. At least in Argentina.